Prince died on Thursday, April 21, 2016 in his Paisley Park studio in Minnesota. He was 57 years old.

The artist formerly known as o(+> was born Prince Rogers Nelson in Minneapolis, Minnesota on June 7, 1958. In a career that lasted more than 35 tears, Prince was a peerlessly prolific songwriter who sold over 100 million albums. Signed to Warner Brothers when he was only 19 years old, he put out his first five albums in five years. Playing every instrument and producing them himself, made him the youngest producer in Warner Brothers history. When he re-signed with the label in 1992 for $100 million, his six-album deal was the biggest in music history. He also became corporate vice president for artists and repertoire (“A&R” as they say in the business).

Rewind to 1974 when Prince was a sophomore at Minneapolis Central High School, taking as many music classes as he could and not paying much attention to other subjects because he already knew he was going to be a star. He’d already fully experienced the allure of musical life from seeing his jazz musician father playing live. While in high school he found two patrons: Chris Moon the owner of a local recording studio who helped Prince with his first demo and gave him a key to the studio; and Owen Husney, a promoter who bought the young musician new instruments and circulated his demo to major record labels. Prince graduated high school in 1976 and flew to New York City to try and land a record deal. No one was willing to meet with him because he was still just a teenager.

Back in Minneapolis, Husney continued to court major labels, trying to sell them on the Stevie Wonder-like talent of someone who could write, perform and produce his own music. On June 25, 1977, Prince signed a three album contract with Warner Bros. who agreed to give him creative control over the albums. He moved to California and recorded For You, playing all 27 instruments on the album and producing it himself. He wrote all the songs except “Soft and Wet” which he co-wrote with Chris Moon. Warner Bros. had budgeted $180,000 for the first three albums and Prince spent $170,000 of it making For You.

The next year’s self titled follow up quickly recouped that money with the song “I Wanna Be Your Lover” nearly making the top ten. Two other songs “Why You Wanna Treat Me So Bad” and “Sexy Dancer” also did well on the R&B and dance charts. Prince’s early style was unique in the way it mixed dance, funk, R&B and rock with his virtuoso guitar playing. He also showed significant growth on each new album even though they were released a year apart. His controversial lyrics about sex and religion played out on his increasingly popular albums that followed: Dirty Mind (1980), Controversy (1981) and 1999 (1982).

While Prince was used to working alone in the studio, he needed a live band and assembled some of Minneapolis finest musicians to accompany him on the road. In 1980 they opened for R&B/funk legend Rick James on his Fire It Up Tour. The following year they appeared on Saturday Night Live to play “Partyup.” In December 1981 Prince was invited by Mick Jagger to open two shows for the Rolling Stones in L.A. During the first night’s show, shocked fans pelted the band with wax cups. Knowing what sort of opening act to expect the following night, concert goers brought food with them to throw.

1999 turned out to be Prince’s his biggest artistic and commercial success to date. Originally released as a double LP it went four times platinum in the United States. It spawned the hits “Delirious” and “Little Red Corvette” and its title track, the party anthem “1999,” is one of Prince’s most upbeat and enduring songs. Not bad when you consider the lyrics are about the end of the world brought about by nuclear war.

By now Prince was more accustomed to playing with live musicians not only while touring but also in the studio. His band, The Revolution, can be heard throughout many of the tracks on 1999 (especially the title cut) and their name is playfully written backwards on the album cover.

On his next album, 1984’s Purple Rain, the band got full credit as it is by “Prince and the Revolution.” The album definitely sounds more like a band than his earlier work and features some showy guitar work, especially on the extended “Purple Rain” guitar solo. The album’s first single “When Doves Cry” was considered fairly avant-garde for a pop song in that there is no bass guitar. Other singles would become equally anthems for Prince’s fans, including “Let’s Go Crazy” and “I Would Die 4 U.” The album sold over 13 million copies and was released in conjunction with a movie of the same name. The movie won an Academy Award for best original score and in July of 1984 Prince was the first artist since The Beatles to simultaneously have the top song, top album and top movie.

Along with Michael Jackson, Prince was one of the few black artists at the time to receive wide exposure on MTV. He was so prolific at writing that he had more than enough songs for himself. He has written songs for and been covered by artists as diverse as Chaka Khan, Sheena Easton, Patti Labelle, Stevie Nicks, Sheila E, Sinead O’Connor, The Bangles (he re-used his “1999” melody on “Manic Monday”) and Alicia Keys. In 1981 he also created a side project called The Time that featured his high school band mate and fellow Minneapolis musician Morris Day. Prince wrote all the songs and sang most of the backing vocals for The Time’s first two albums which he also produced. The Time appeared in the film Purple Rain with Morris Day playing Prince’s musical nemesis.

Prince continued to write and record, releasing Sign “˜O’ The Times in 1987 and the Batman soundtrack in 1989. Warner Bros. wasn’t entirely happy with his tireless output. They felt his desire to release a new album every year saturated the market, particularly when artists like Michael Jackson waited several years between albums. For his part, Prince felt the label wasn’t doing enough to promote his music and he had so much music he wanted to make.

These feelings set the stage for a truly bizarre and legendary dispute between artist and corporation, one that would almost irreparably damage Prince’s career. In April of 1993, Prince announced he was retiring from recording new music. This was followed by the announcement a month later that he was changing his name to an unpronounceable symbol that was a mixture of the symbols for male and female. He was also going to use that as the title for his final album. Warner Bros. placed an ad in Billboard magazine making fun of the name change. The Artist responded the following week with an ad of his own. The media picked up on it like it was a joke and began referring to him as “The Artist Formerly Known As Prince.”

He started appearing in public with the word “slave” written on his face. There were back and forth moves by the Artist and Warner Bros. with Prince implying in the media that he was withholding his best work, leaving Warner Bros. to initially reject the albums he offered them. When his contractual obligations were finally met he reverted to his original name.

Believing that the Internet had made major record companies unnecessary, he founded the New Power Generation Music club which charged members $100 a year to download new Prince songs. He also gave away free copies of his 2004 album Musicology with concert tickers, which certainly helped the album reach the top 5, making it his most successful album since Diamonds and Pearls in 1991. The album received five Grammy nominations and Prince won his first two Grammies.

In 2006 Prince unexpectedly closed his online music club and opened a night club called 3121 in Las Vegas. He performed at his club every week for several months before departing for London and a string of performances at the O2 Arena. Prince’s next albums Planet Earth (2007) and 20Ten (2010) were both given away with European newspapers for which Prince was paid a generous advance. These moves caused some controversy and infuriated the already struggling record companies. In the case of Planet Earth Columbia records refused to release the album in the UK because of the newspaper giveaway.

It seems that avenues Prince once championed like online music sales are things he now challenges. He refused to allow online stores to sell 20Ten and in a 2010 interview he was quoted as saying “The Internet is completely over. I don’t see why I should give my new music to iTunes or anyone else.” He closed his own official website and threatened to sue Youtube and eBay for not doing more to stop unauthorised use of his music.

As well as being a pop superstar Prince was a bonafide guitar virtuoso. Check out his performance on “While My Guitar Gently Weeps” at the 2004 Rock and Roll Hall of Fame ceremony if you have any doubts. He’s often compared to Jimi Hendrix. He replied to these comparisons in a 1985 Rolling Stone interview: “It’s only because he’s black. That’s really the only thing we have in common. He plays different guitar than I do. If they really listened to my stuff, they’d hear more of a Santana influence than Jimi Hendrix. Hendrix played more blues, Santana played prettier.”

In a 2010 interview with the Daily Mirror, Prince also claimed that “Playing electric guitar your whole life does something to you. I’m convinced all that electricity racing through my body made me keep my hair.” You can check out his 1974 high school yearbook photo to see what electricity did to his hair back then.

In 2014, Prince re-signed with his former label, Warner Bros after an 18-year split. Having regained the rights to his master recordings from the 1980s, this raised fans hopes for many of his biggest albums being re-released in expanded editions. He simultaneously released two new albums in 2014: “Art Official Age,” his first solo album since 2010, and “PlectrumElectrum,” on which he’s backed by 3rdEyeGirl. In late 2015 he released two more albums “Hit n Run Phase One” and “Hit n Run Phase Two” bringing his total number of studio albums to 39 releases.

Whether he was performing at the Super Bowl halftime show or appearing as a special guest on American Idol, Prince always left you guessing what he haad in store next. Some of his weird antics and strange turns over the years challenged even his most ardent fans. In recent years he seemed focused on reclaiming his legacy by doing what he did best, concentrating on the music.

Check out our review of Possessed: The Rise and Fall of Prince for further reading. 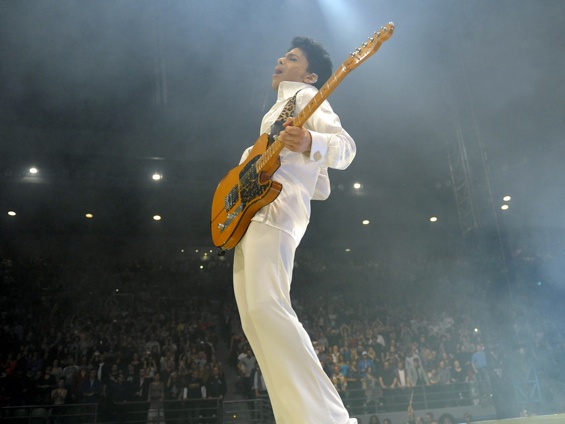