Short story. Over many years of playing, I've found that I play my best with a standard Fender heavy (about 1.15mm) pick, which has been worn down a bit. After experimenting some I realized I just liked the shallow angle, but I still prefer a point. So so now I end up taking new picks and filing them into just the shape I like, and smoothing the rough filed edges with fine grit flint paper.

Well now I'm spoiled! As an aside, for those having trouble with right hand picking technique, you might be literally shocked at how much of an instant improvement you can get by discovering your own personal ideal pick shape! But that's another story for another thread. My problem now is that despite never thinking of myself as a super shredder, I still wear picks down pretty quickly. I literally use a pick for a day or two at most and then re-shape them again, and soon have to toss them. That was fine when I was just buying these low price Fender picks by the gross and using them "as is". But now that I've found my "ideal" pick shape, Id really like to find a similar pick that once shaped will last. But at the same time, I can't afford some of the super picks like "red bear". So what other picks are out there approximately the same thickness, that will last significantly longer than standard fender Tortoise shell, but without paying a fortune. After all, I'm still going to lose them even if I don't wear them out. :-) 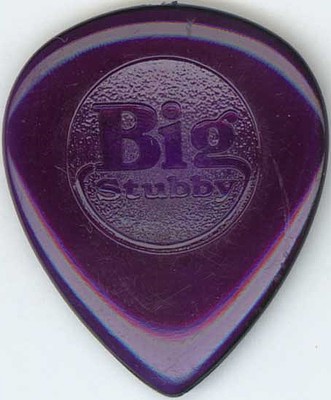 Playing guitar and never playing for others is like studying medicine and never working in a clinic.

ReplyQuote
Please Login or Register to reply to this topic.
All forum topics
Previous Topic
Next Topic