It's just over twenty-four hours after the fact and I still have some of the participants here at my home, but since I've a few moments, I figured I'd report on the gig we had last night at Dewey Memorial Hall in neighboring Sheffield, Massachusetts.

Dewey Hall is an old-style auditorium, old as in mid 1800's. There's a good sized small room and a stage. Kind of looked like this:

We were billed as "David Hodge and the Players to be Named Later." If you'd like to see the poster for the show, you'll find it up at my blog, http://www.davidhodge.com

The "Players to be Named Later" turned out to be:

Originally, we were going to open the show with the Moody Blues' The Story in Your Eyes, but after playing it close to what seemed like nineteen times during the soundcheck, we ditched it and went with the following:

We had a moderate and enthusiastic crowd and I hope they had as much fun as we did. The entire show was filmed by John's wonderful wife, Karen, and with a little luck (and a bit of time as I know they've a number of other projects going on) we'll have both video and still photos (courtesy of John Reichert) available for your entertainment. In the meantime, here's one he let me use:

I'd like to thank both musicians and the audience for making this a very fun weekend. Being able to have the "world premiere" of Nick's Lost Summer Days, as well as Kathy's Jack McKenzie was inspiring. I'm honored to have such talented and terrific (and patient!) friends.

Sorry about the sizing of these photos - you can see them for real here:

Will keep you all updated as materials make themselves available.

Very nice David! I really like the setlist, and Timebomb was a nice choice since you had the keyboards there.

A great time was had by all.
I did manage to get all the tapes downloaded and one video posted on youtube.
Please excuse my self indulgence :D

I'll try to get some pictures up later today.

My that was a small stage! The song sounded great. Sometimes, live videos dont have a good sound quality but this one did. So that must mean that you had a good mix! For instance, I was able to hear the tambourine just fine. Looks like it was a great time. Wish I could have been there!!!!

Teamwork- A few harmless flakes working together can unleash an avalanche of destruction.

I look forward to seeing more video. I hope you can hear the crowd singing along to Eurotrash Girl and Man on the Moon.

It was a great time as always. 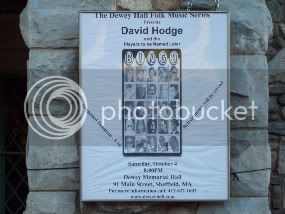 It's my new desktop background.

Cool pics. John, "Do You Remember" sounds great given the full band treatment - one to be proud of!

I'm surprised at the set-list though - with all of you together on that stage, I'd have thought someone would have suggested playing "The In Crowd" or even "It's Getting Mighty Crowded!"

Thats very cool 8) Looks like you guys had fun.

Such as small ensemble. I would have thought you would invite at least 3 more musicians. I mean...there's enough room up there!!

Teamwork- A few harmless flakes working together can unleash an avalanche of destruction.

We tried! Anne was supposed to join us on percussion but couldn't make it and a viola player was also scheduled to be part of the group.

Its good to see you guys having a great time at the stage. 8)