Alan Green, longtime Guitar Noise Forum moderator and contributing writer, will be playing this Tuesday with the Royal Philharmonic Orchestra! I got this news too late to include it in last week’s “Event Horizon.” But, truth be told, even if I had gotten it earlier, I would have made a separate blog post announcement about it anyway! 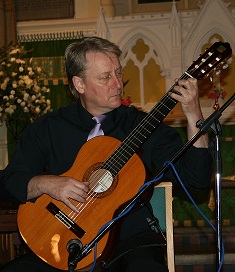 Tuesday, the fifth of June, the Royal Philharmonic Orchestra will give the world premiere performance of “The New Olympics”, a five-movement work written by the young people of Braintree and arranged by Tim Steiner of the RPO. This wiil be held at at the Braintree Leisure Centre in Essex, England. Alan will be part of the orchestra, leading a group of seven young guitarists.

The show starts at 6:30 PM but you’ll want to get there early! It should be a very fun and magical time!