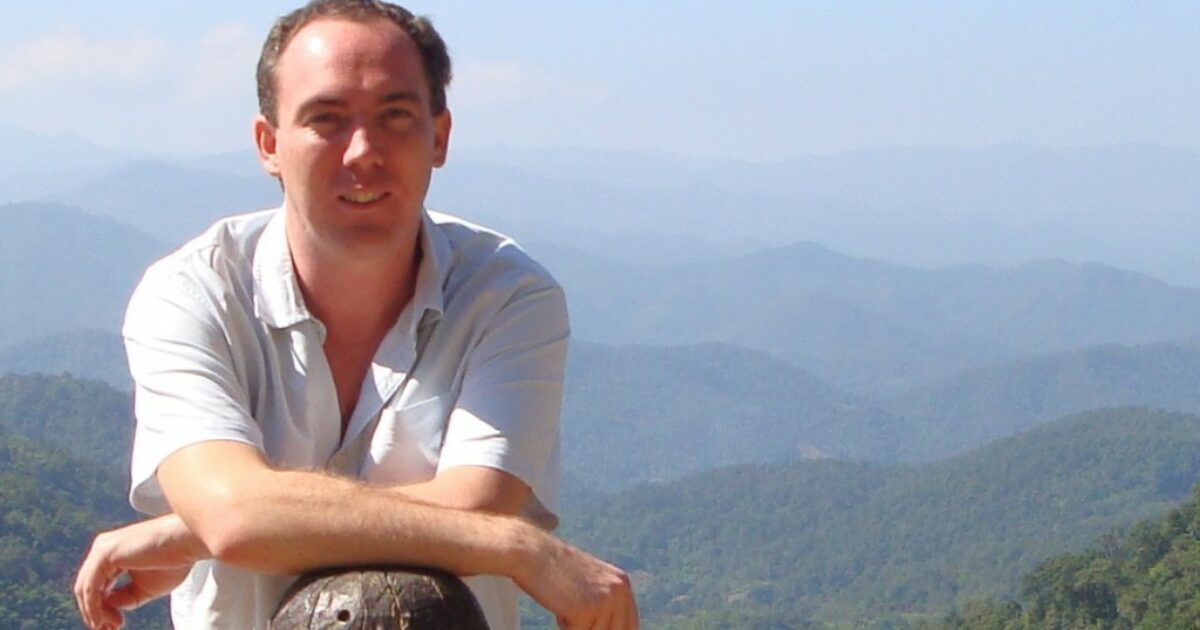 This post is all about me. I’m Paul Hackett and I officially started Guitar Noise back in 1999. I don’t usually do a lot of interviews, but recently I was contacted by the website Bandmo. They told me they want to interview “the most interesting bloggers/webmasters in the online music world.” How could I say no to flattery like that?

Here’s an excerpt from the interview I gave:

I started playing guitar in high school when I traded my first car for my first guitar. I knew a guy who collected clunkers as well as guitars and it seemed like we had a good trade. He was a really talented painter as well, so I had him paint a Union Jack on the front of the guitar. It looked like something you’d see on a Who album cover. In fact, “Pinball Wizard” was one of the first songs I learned how to play, even if it was a long time before I sounded anything like the Who.

A couple of years later, I started making websites. The first one was for a band that I wanted to start. Later on, I made a guitar lesson website that would eventually become Guitar Noise. What started out as a hobby eventually became my regular job – and a cool one at that.

If you want to know the whole story, you’ll have to check out the full interview on the Bandmo Blog. Thanks to Bandmo for letting me talk about one of my favorite topics – ME!