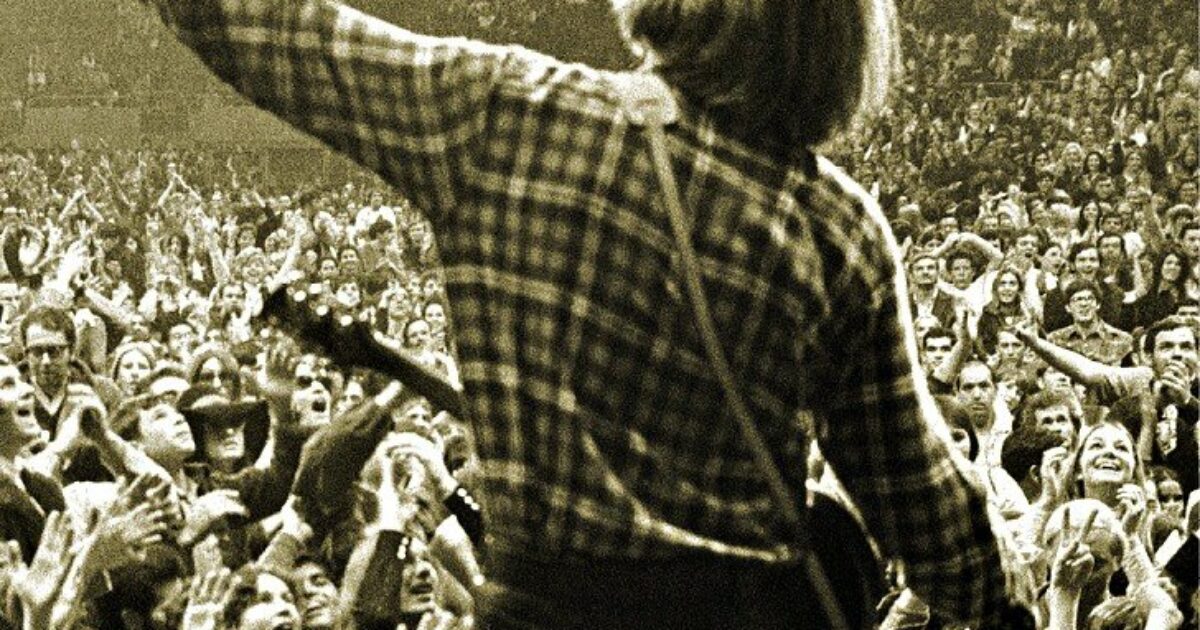 Since our featured artist of the month is John Fogerty I thought it would be fun to write about the best CCR songs for guitar. This isn’t a scientific poll made up by experts. It’s simply a bunch of songs that sound cool, are relatively easy to play, and are likely to sound recognizable when played by beginners.

“Proud Mary,” from CCR’s second album Bayou Country in 1969, is the band’s most recognizable and characteristic song. Like many Creedence songs it’s built around a powerful riff which opens the song and is repeated throughout. It also features a guitar solo that Fogerty says was influenced by Steve Cropper of Booker T & the MG’s. “Proud Mary” was remade by Ike & Tina Turner’s two years later. It became one of their signature songs as well owing to their reworking of the gospel and soul elements of the “Rollin’ down the river” chorus.

“Suzie Q” is CCR’s only Top 40 hit that wasn’t written by John Fogerty. The song was written by Louisiana born guitarist Dale Hawkins in 1957 and was a part of CCR’s setlist for years before appearing on their debut album in 1968. The song’s signature lick is a great example of hybrid picking for rock guitar, with the constant bass note being an integral part of the song’s rhythm. If you want to get schooled in both the Hawkins original and Fogerty cover, check out the Arlen Roth video lesson “The Open E Position “˜Suzie Q’ Lick“

“Who’ll Stop the Rain” is one of CCR’s more serious and moody songs. Lyrically it can be seen as a criticism of the American war in Vietnam, although Fogerty really wrote the song after playing at Woodstock in 1969. “Who’ll Stop the Rain” is primarily an acoustic song with a melancholy melody that matches the downbeat theme of the song. The open chord rhythms and lilting notes played on open positions gives the song its smooth folk rock sound.

In their review of the album Willy and the Poor Boys, Rolling Stone’s reviewer noted that even Bob Dylan couldn’t write a protest song that made you want to dance. “Fortunate Son,” which Rolling Stone placed #99 on their 500 Greatest Songs of All Time, is an angry yet danceable protest song. It stands out against the other somewhat relaxed songs on the album. Starting with a simple riff that skips strings, “Fortunate Son” turns into one of Fogerty’s hardest rocking songs. The verses and chorus are played with power chords that fuel the outraged lyrics.

Up Around the Bend

CCR songs rarely fall back on extended guitar solos to make a statement. In fact, their concise solos are what keeps most of their songs from going past the three minute mark. “Up Around the Bend” begins with a high pitched riff played on a single guitar before the rest of the band joins in with a driving rhythm that mirrors the good times the lyrics promise. The riff returns during a break in the song and leads into a brief but effective solo, similar to the sparse, simple solo heard in “Proud Mary.”

I think all of these songs sound great on guitar. Even if you don’t have bandmates to play along with they can be made to sound good on their own without much rearranging. Feel free to leave a comment and tell me what some of your favorite CCR songs are.