“I tried the guitar but it had two strings too many. It was just too complicated, man! Plus, I grew up with Steve Cropper. There were so many good guitar players another one wasn’t needed. What was needed was a bass.”

At 16, Donald “Duck” Dunn got hold of a 1958 Fender Precision Bass. While all his friends, like Steve Cropper (whose family had moved to Memphis in 1950), were picking up guitars, Dunn was listening to records and playing along with them on his new bass, keeping and accenting the beat, fleshing out the harmony of the chord progressions and filling in the spaces that he deemed needing filling. Growing up in Memphis, Tennessee, he had a wealth of musical styles and genres to listen to. And when his friends put together bands, he got the call to hold the bottom steady. 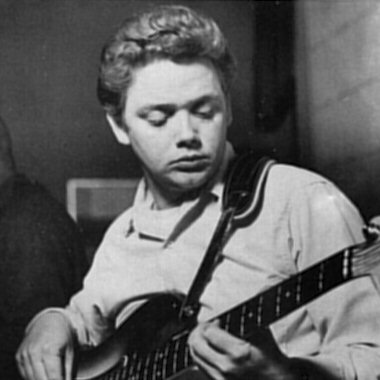 In high school, Dunn and Cropper, along with guitarist Charlie Freeman and drummer Terry Jones formed a quartet called “The Royal Spades.” They eventually expanded, adding Charles Axton and Don Nix on tenor and baritone sax, respectively, Wayne Jackson on trumpet, Jerry Smith on keyboards and singer Ronnie Angel. Axton’s mother, Estelle, as it turned out, was a co-owner Satellite Records and signed the group after convincing them to change their name. As “The Mar-Keys,” the group wound up doing a lot of session work, they would score a #3 hit nationwide on their own with the instrumental song, “Last Night” in 1961.

Satellite Records would also change its name in 1961 to Stax (coming from the “St” of Jim Stewart -Estelle’s brother and co-owner – and the “ax” of “Axton”) and hire young Steve Cropper as their A & R man. Dunn would leave the Mar-Keys in 1962, becoming the bass player (and first white musician) of Ben Branch’s big band. Branch had been part of the horn section in B. B. King’s first recordings in Nashville.

Dunn and Cropper kept in touch, and when Lewie Steinberg, the original bassist for Booker T. and the M.G.’s left the group in 1964, Dunn was quickly tabbed as his replacement.

Through his Stax session work as well as his playing as part of the M.G.’s, Dunn became a hot studio commodity. His bass lines would become signature parts of songs for Otis Redding, Albert King, Muddy Waters, Herbie Mann, Freddie King, Bill Withers, and the Staples Singers. Through the 1970’s, he played on albums by Jerry Lee Lewis, Joan Baez, John Prine, Levon Helm, Tom Petty and the Heartbreakers, Manhattan Transfer and, of course, the Blues Brothers. The 1980s saw him providing bass support for Harry Nillsson, Eric Clapton, Bob Dylan, Rod Stewart and more.

Even though semi-retired, Dunn lent his skills both in the studio as well as on tour with Neil Young at the turn of the century. He, along with Cropper and Booker T. Jones, were the house band for Eric Clapton’s Crossroads Guitar Festival in 2004. And in 2007, for their contributions to popular music, the National Academy of Recording Arts and Sciences presented Dunn, Cropper, Jones and other members of Booker T. and the M.G.’s with the “Lifetime Achievement” Grammy Award. 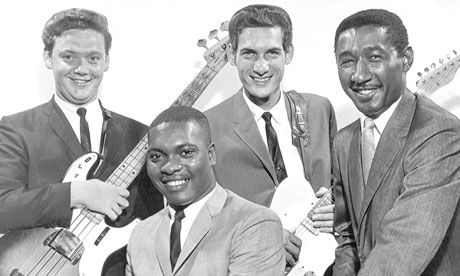 Last month, Dunn (again, along with good friend Steve Cropper) played a series of double shows at Tokyo’s Blue Note Night Club. He passed away in his sleep sometime during the early morning of May 13, 2012. Cropper would post the following to the Internet:

Today I lost my best friend, the World has lost the best guy and bass player to ever live.

Booker T. Jones would also post a fitting tribute to his longtime friend and collaborator:

My good friend and bass player, Donald “Duck” Dunn has passed away this morning in Tokyo. He was in the company of good friends Eddie Floyd and Steve Cropper. My daughter Cicely called to tell me the news. Steve said he died in his sleep.

I am struck deeply by Duck’s death, have just begun to shed tears over Levon Helm, Andrew Love, and Chris Ethridge. And I must here mention that we have also lost Skip Pitts “” (guitar on “It’s Your Thing” and “Shaft”).

God is calling names in the music world. He gave us these treasures and now he is taking them back. Duck was too close to me for me to at this point realize the full implications of his passing. I’m just trying to pray for those who were closer to him “” his wife June, and his son Mike, and his brothers and sister.

I can’t imagine not being able to hear Duck laugh and curse, but I’m thankful I got to spend time and make music with him. His intensity was incomparable. Everyone loved him. None more than Otis Redding.

Of all the “departures” of the past 30 days, this one is the hardest and most crushing for me. It was totally unexpected, and I’ve rarely had tears come so quickly. I’ve always believed that every closing door opens another, and this one will have some good effect too, somewhere down the line.

Thank you all for your prayers and condolences, and just know that Duck is somewhere smiling down on all of us saying, “Got Damn!!!” 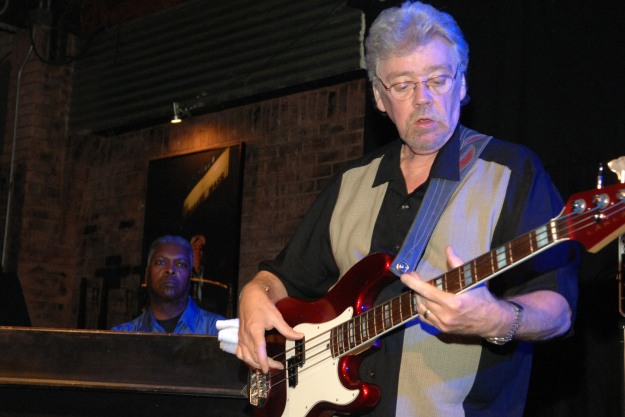