Everything started with the guitar.

Although he won four Grammys in 1967 for his singing and then won the 1968 Grammy for Album of the year, and although more people remember him for either his television program or for pop hits like “Rhinestone Cowboy,” for Glen Campbell, everything started with the guitar. Born in April 1936 in Delight, Arkansas which, having a population of less than a hundred, certainly qualified as “small town America.” One of his uncles taught him how to play when he was a young lad and when Campbell turned sixteen, he hocked his guitar and moved to Albuquerque, New Mexico to live with Dick Bills, another uncle.

He hung out in New Mexico for six years, playing guitar in his uncle’s band, Dick Bills and the Sandia Mountain Boys, as well as being a frequent guest and performer on his uncle’s radio program. He eventually formed his own band, Glen Campbell and the Western Wranglers.
Campbell packed up and left for Los Angeles in 1958, playing whenever and whatever he could. For a bit of 1959 he was a member of The Champs (who had had a hit with “Tequila” the previous year) but his skills as a session guitarist found Campbell spending more and more time playing in the various recording studios in LA. 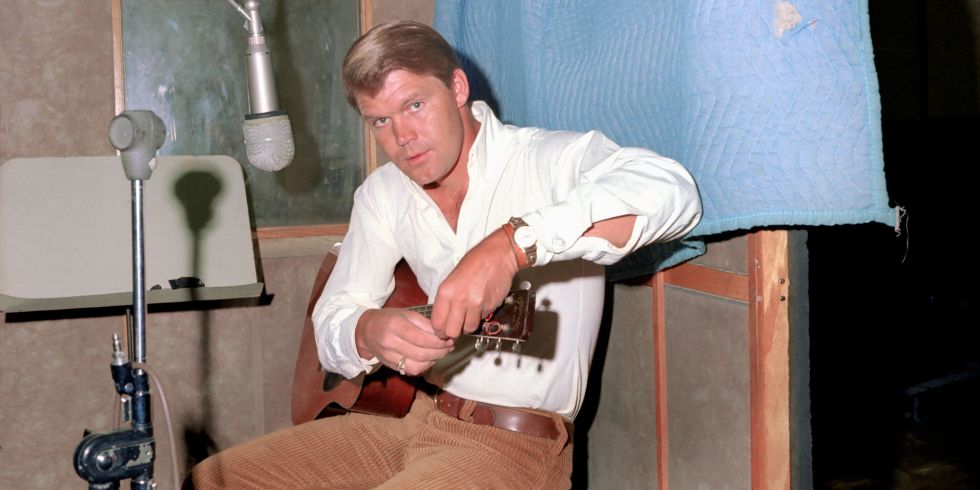 Despite never having a formal education in music, Campbell became part of “The Wrecking Crew,” a kind of “A List” of Los Angeles session players whose talents were continuously sought out by recording artists and producers of all musical genres. The Wrecking Crew’s roster over the years is a Who’s Who of musicians – with drummers Hal Blaine and Jim Gordon (who would become the drummer of Derek and the Dominos), keyboardists Mac Rebennack (who you might know better as “Doctor John”), Leon Russell, Larry Knetchel (who would become a member of the 1970s group Bread) and jazz stalwart Mike Melvoin, bassists Joe Osborn and Carol Kaye (probably one of the hardest working session players of all – male or female) and guitarists James Burton, Barney Kessel, Tommy Tedesco and Jerry Cole. Each member of the group usually was able to play a number of instruments. Campbell himself could play banjo and bass in addition to guitar.
It was virtually impossible to hear any music out of Los Angeles during the Sixties without hearing someone from The Wrecking Crew. They were hired to be the backing band on The Byrds’ cover of “Mr. Tambourine Man” (Roger McGuinn being the only Byrd to play on the recording even though McGuinn, Dave Crosby and Gene Clark all sang), provided the punch for Nancy Sinatra’s “These Boots Were Made For Walking” and brought musical life in just about anything from film and television scores (not to mention house bands for the many live television programs) to advertising jingles. They’d back Simon and Garfunkel one day and then Frank Sinatra and Dean Martin the next. And Campbell played with them all.

Two prominent employers of The Wrecking Crew were Phil Spector, who utilized the session players to produce his patented “Wall of Sound,” and Brian Wilson. Many of the Beach Boys recordings from the middle 1960s, classic gems like “California Girls,” “Good Vibrations,” as well as the entire Pet Sounds album (and the original recordings for Smile) were produced with the talents of The Wrecking Crew. In 1964,when Wilson decided to stop touring with the Beach Boys in order to focus on his songwriting and producing, it was Campbell who got the call to temporarily stand in for him, playing bass and singing falsetto harmonies during live Beach Boys concerts. Ultimately Bruce Johnson got picked as Wilson’s replacement for the group. 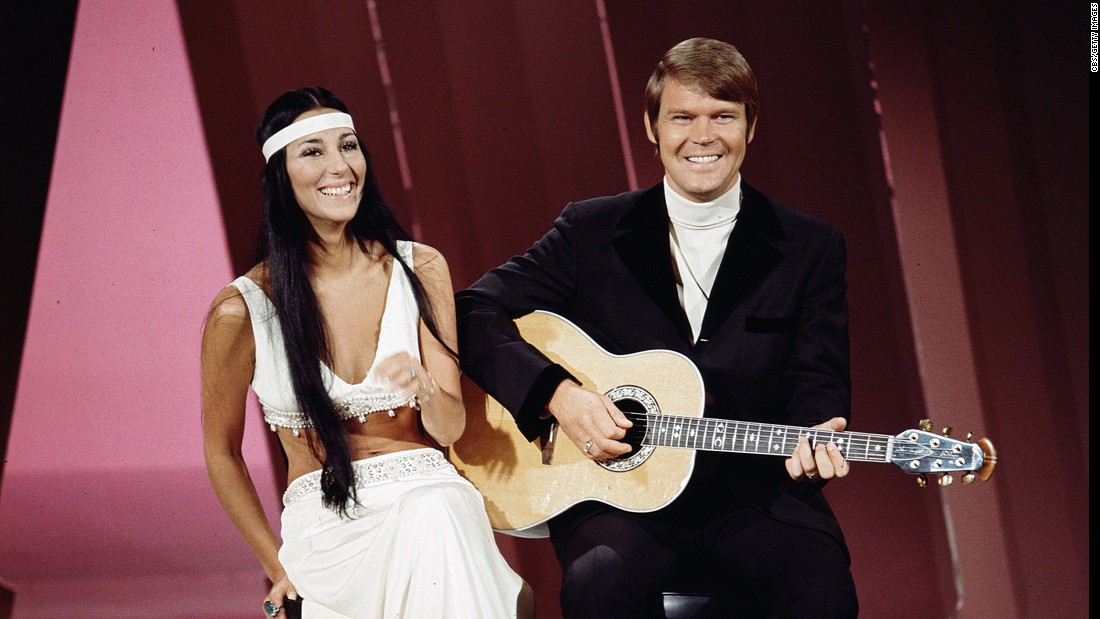 Campbell, like Brian Wilson, was signed to Capital Records. In addition to his session work with The Wrecking Crew, Campbell released several albums – instrumental ones as well as vocal ones – for Capital, to minimal success. In 1967, Campbell heard a song on Nashville artist John Hartford’s album Earthwords and Music, called “Gentle On My Mind” and decided to record his own arrangement. The single, and Campbell’s album with the same title – featuring songs by Donovan, Harry Nilsson, Roy Orbison, Rod McKuen and Jimmie Rogers among others brought Campbell out from session player to nationwide success. With his Wrecking Crew buddies providing support, he won two Grammys – Best Country and Western Recording and Best Country and Western Solo Vocal Performance, Male. The song itself also earned its songwriter, John Hartford, a Grammy for Best Folk Performance.

His seventh album, By The Time I Get to Phoenix, released the same year and featuring Jimmy Webb’s title track, also garnered two Grammys – Best Vocal Perfomance, Male and Best Contemporary Male Solo Vocal Performance. The following year it became the first country album to win the Grammy for Album of the Year.

He would team up again with Jimmy Webb for more hits, like “Galveston,” “Where’s the Playground, Susie?” and the sublime “Wichita Lineman.” When a session with the Smothers Brothers led to a guest appearance which led to being a summer replacement and then a weekly variety show on CBS in 1969, his previous session work connections helped him land some of music’s biggest names as guests for the next three years.
Through the seventies and up to the present, Campbell has still been playing, performing and recording. His was inducted into the Country Music Hall of Fame in 2005 and his music still serves as inspiration to many, such as Keith Urban. He re-signed with Capitol Records, his first album filled with songs by Tom Petty, Green Day, U2 and Foo Fighters. His latest CD, his fifty-fifth studio album Ghost on the Canvas features tunes by Paul Westerberg, Jakob Dylan and Richard Thompson’s son Teddy Thompson.

In June 2011, Campbell announced to the world that he had been diagnosed with Alzheimer’s disease. While rocker guitarists may make anthems that proudly proclaim lines like “Hope I die before I grow old” or “It’s better to burn out than it is to rust,” the fact is that they will all hopefully grow old for quite some time. And, again hopefully, they will all face the inherent challenges of life with humor, as Glen Campbell did. When his wife, Kim, noted in an interview with Stephen Betts that Campbell’s Alzheimer condition leads him to repeat himself, sometimes telling “the same joke several times in a row,” Campbell noted, “Well, yeah, it’s funny!” and laughs.

In August 2011, Campbell embarked on a final “Goodbye Tour”, with three of his children joining him in his backup band. From the reviews he got, it seems everyone noticed Campbell could still play the guitar as if he and the instrument were one. Maybe it is all about the guitar still.

His final show was on November 30, 2012, in Napa, California. After the tour, Campbell recorded the song, “I’m Not Gonna Miss You”, which is featured in the 2014 documentary, Glen Campbell: I’ll Be Me. His final album, Adiós, was released in 2017.