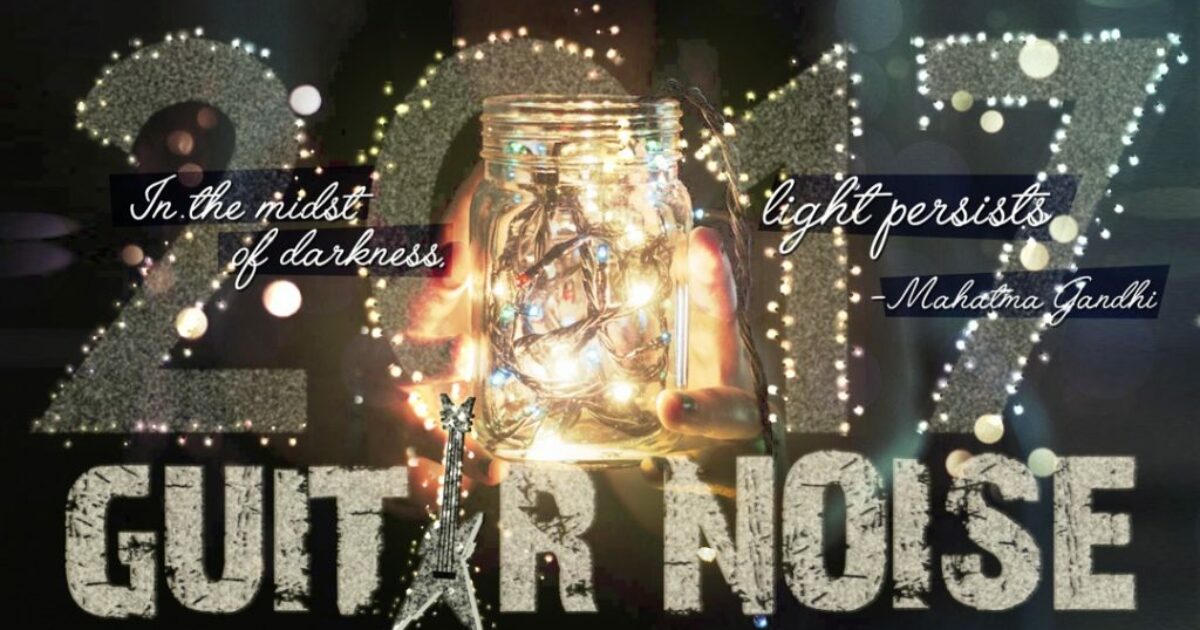 “A long December, and there’s reason to believe maybe this year will be better than the last…”
– Adam Duritz (Counting Crows)

I don’t think I’ve ever wished a year to get by so fast as I have been wishing for this one to do so. It’s been a particularly brutal year on musicians. That link is for everyone from 2010 and onward, but if you scroll down to December 2015 and start there, you’ll be astonished at just how many people passed away.

Having spent the last few days going over this list, I am more than a bit shocked by the names I’ve already forgotten. Rob Wasserman, for instance, was a huge favorite of mine in the early nineties. I played his Duets album incessantly. When I read of his passing in late June, I even posted an obit notice for him on the Guitar Noise Forum pages – something that I rarely do. Yet, when I saw his name there just a few days okay, it took me totally by surprise.

(And it’s interesting to note that Jon English – a hugely popular Australian artist – wasn’t on the list. But he did get mentioned in the Guitar Noise Forum pages as well.)

It certainly didn’t help that both Bernie Worrell (whom I saw with both Parliament Funkadelic and Talking Heads) and Scotty Moore died in the same five-day span at the very end of June. If you’re unfamiliar with Scotty Moore, there are two things to know: (1) he played with Elvis in the very early stages of his career, and (2) he was a huge inspiration to many people, including Keith Richards:

2016 was bad and bold in its choices. It not only took the headliners (David Bowie, Glen Frey, George Martin, Merle Haggard, etc.,) but it also took out key people you might have been vaguely aware of (Bill Ham – manager of ZZ Top and Chip Hooper – agent for the Dave Matthews Band and Phish). Guy Clark, Maurice White, Dan Hicks mostly well known, but so are Tower of Power (Mic Gillette on horns), the Specials (who lost drummer John Bradbury the same December day that Lemmy died), Mott the Hoople (Dak Griffin, another drummer!), Wings (Henry McCullough played in McCartney’s post-Beatle band – you may remember his guitar solo on their hit “My Love”), and Fairport Convention (Dave Swarbrick).

Besides all this, 2016 literally devastated some bands. Both Keith Emerson and Greg Lake of Emerson, Lake, and Palmer passed away (in March and December, respectively). When Paul Kantner of Jefferson Airplane died on January 28 in San Diego, his band mate (and Grace Slick’s predecessor) Signe Toly Anderson was dying in Beaverton, Oregon. Not being content with this, 2016 also took out the entire British band Viola Beach (Kris Leonard, Jack Dakin, Tomas Lowe, and River Reeves) along with their manager Craig Tarry in a car accident in Sweden on February 13.

Thank heaven we’re only limiting ourselves to people in the music industry! I could go on and on about losing Gary Shandling, Alan Rickman, Carrie Fisher, and Debbie Reynolds (among many others!) but I think you get the point by now – this year can’t end soon enough!

But in my heart of hearts, I do understand that this is just the beginning. All life cycles ’round and we’re in for more heartbreak in 2017, too. Hopefully, it won’t be overly dramatic.