I’m pleased to introduce a new series here at Guitar Noise, spotlighting the many, many musical Meccas in this wonderful world of ours. First stop – Nashville, Tennessee. And if you’re thinking, “That’s only country music,” you’ll soon realize that there’s a whole lot more going on! 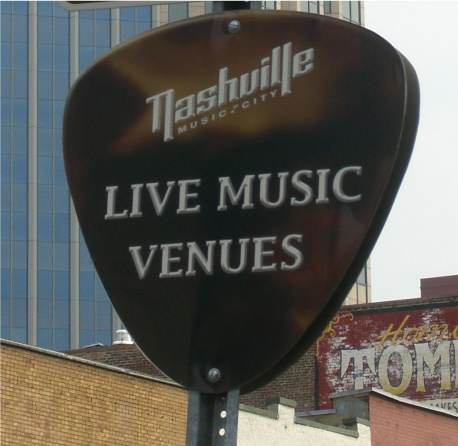 How many people, for instance, would immediately thing of classical music upon hearing the word Nashville? And who would know that the Nashville Symphony won the 2008 Grammy for both “Best Orchestral Performance” and “Best Classical Album?” I’m not guessing too many. Yet Nashville has the truly spectacular, state of the art Schermerhorn Symphony Center, located just a stone’s throw from Broadway and Fourth, close to the Cumberland River. 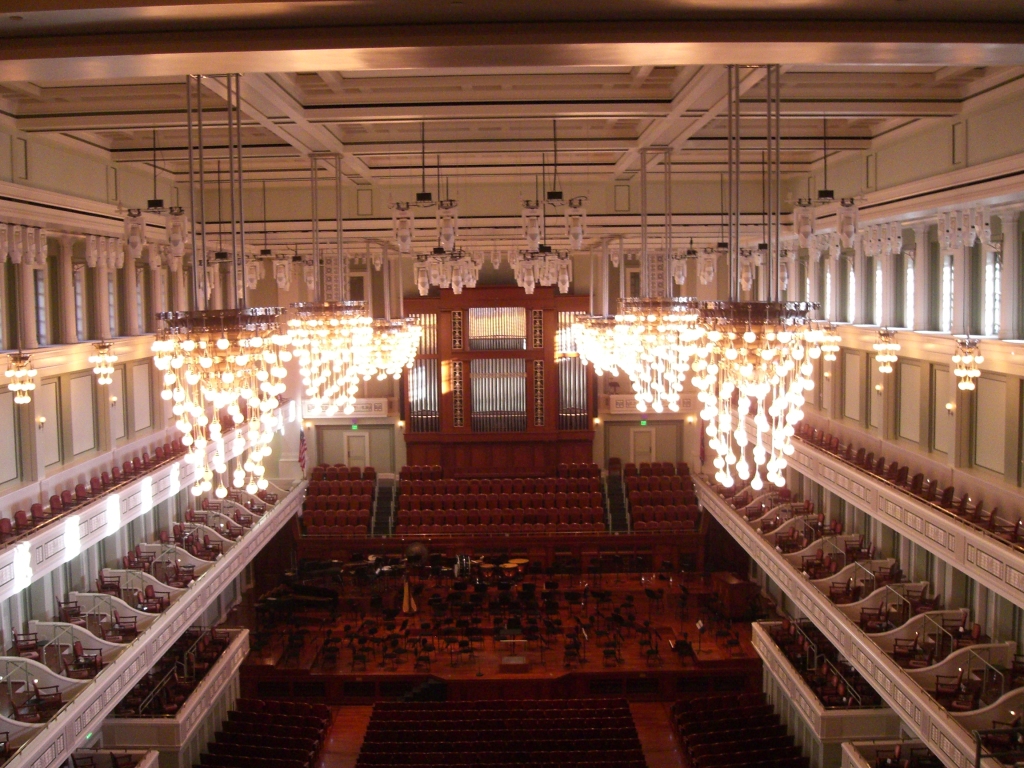 Built in 2006 and named after Kenneth Schermerhorn who serves as the Nashville Symphony’s Musical Director and Principal Conductor for more than twenty years, this venue provides the city an impressive pallet of music. Current Musical Advisor Leonard Slatkin and Incoming Musical Director Giancarlo Guerrero’s choices of programs are inventive and inspiring. Where else might you find James Galway playing selections from “Carmen” on the same bill as Dominick Argento’s “Valentino Dances,” featuring the incredible William Schimmel on accordion, no less?

Just visiting the Symphony Center, you can feel how important music, all music, is to the people of Nashville. There’s something vibrant and tangible in the air here. And it’s the same all over the city. Do you want to catch Death Cab for Cutie? How about Elvis Costello? Tori Amos? Neil Young? Maybe Eddie Vedder? Then the Ryman Auditorium is just a few blocks away. 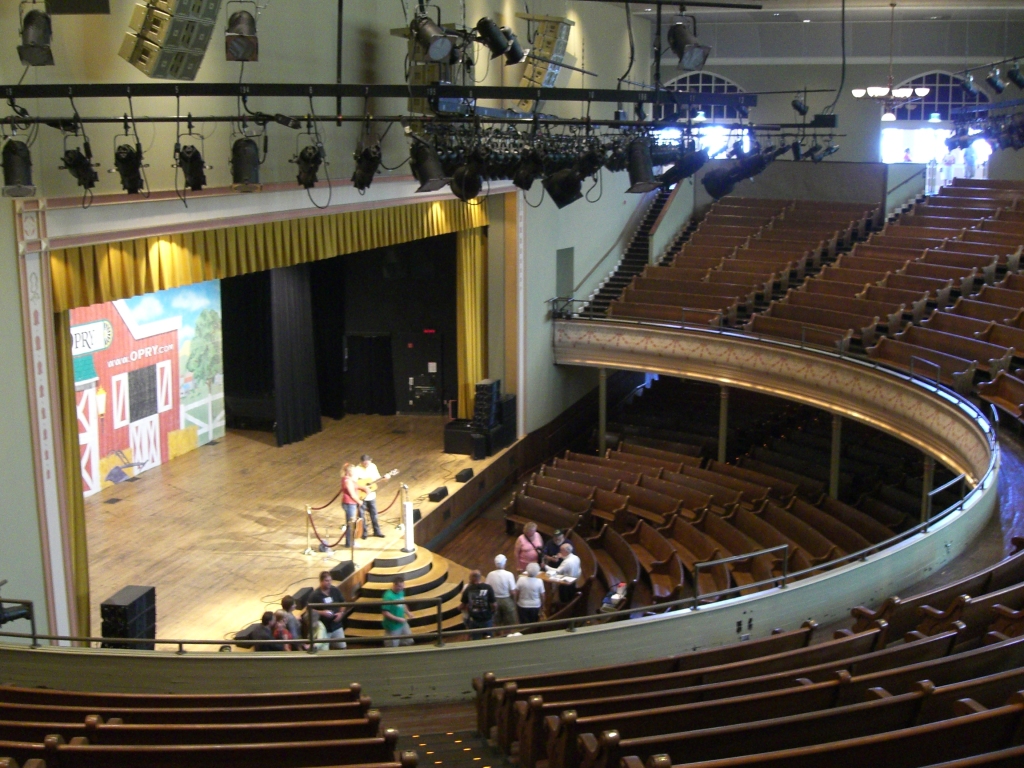 The Ryman, which opened its doors way back in 1892, was the place to be long before it became the home of the Grand Ole Opry in 1943. After the Opry left in 1974, the auditorium remained vacant until the city restored the “Nashville’s premier performance hall” to its rightful place as a national musical landmark. Many Guitar Noise readers will no doubt recognize the venue from Jonathan Demme’s Heart of Gold, his documentary film on the first public performances of Neil Young’s Prairie Wind tour.

While it’s cool to see that there’s a lot going on in Nashville in regard to the “big picture,” it’s even more exciting to get to take part in the thriving local music scene. And, in case you’d forgotten, it’s not just country music!

One of the greatest times to visit is during the “Next Big Nashville” Festival, when the city showcases more local bands than you’d think it would be possible to have in any one place! Last year over two hundred bands took part in this five-day musical extravaganza, held in small intimate venues all over the city. Almost every musical genre from solo singer/songwriter to ear-splitting metal to funky R&B was there and you can check out some of the video highlights here. 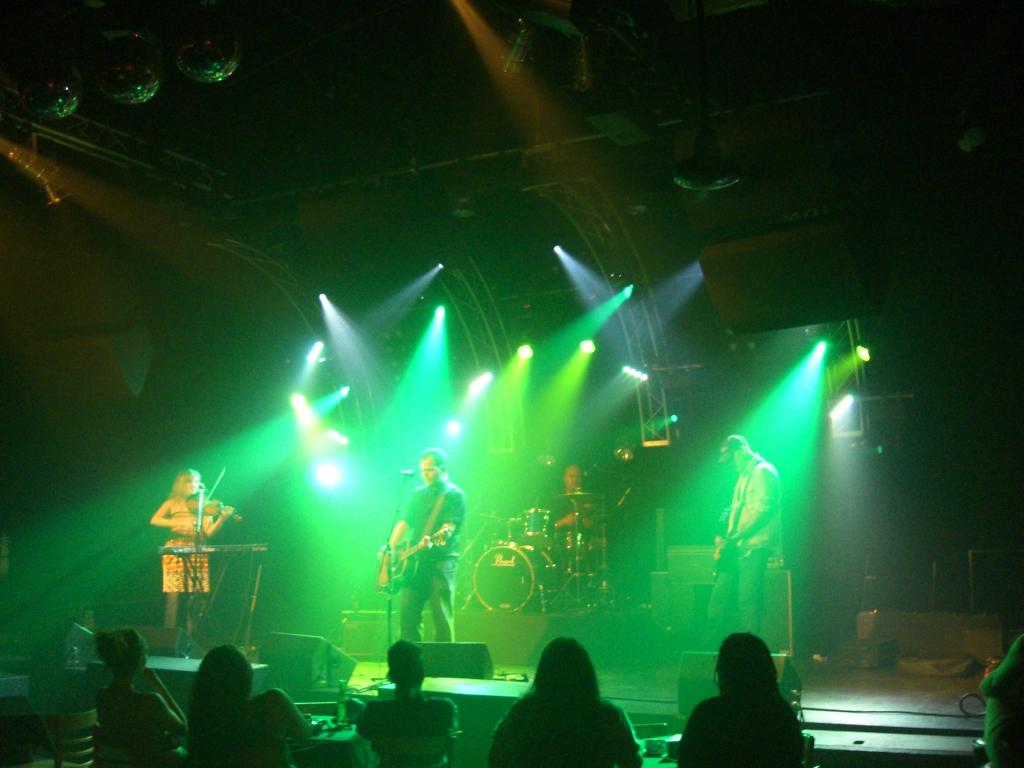 This year, Next Big Nashville will take place from Wednesday, October 7, until Sunday, October 11. That’s a great time of year to visit the city and you’ll have a ton of great music waiting for you.