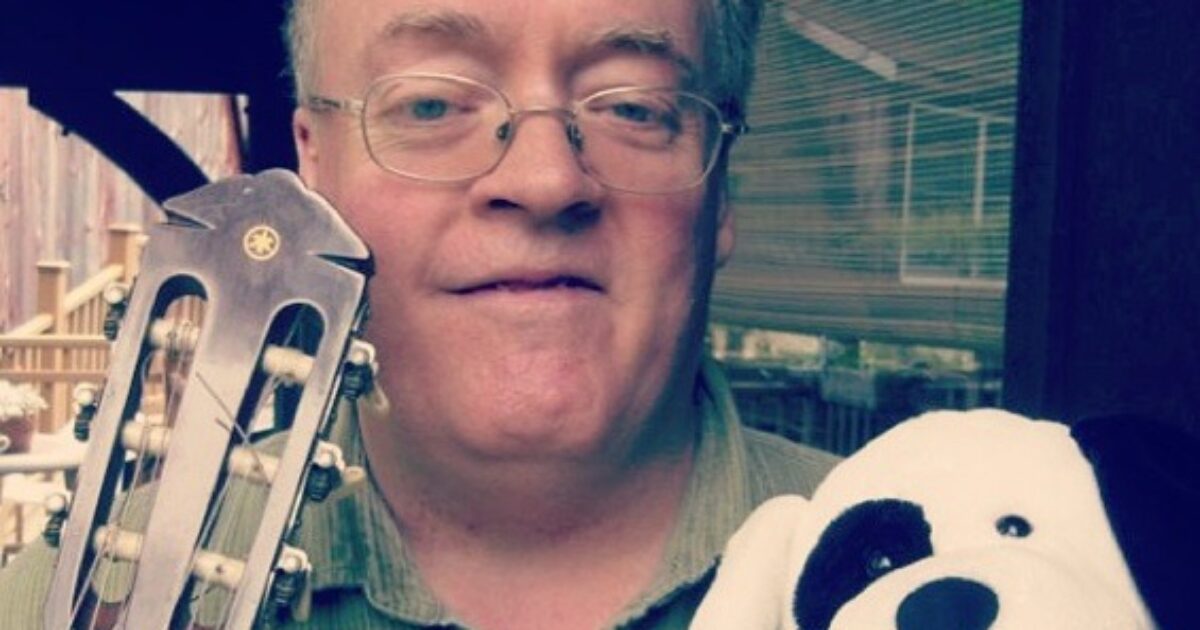 Numbers are wonderful in that you can make them dance and sing pretty much any tune you’d like and yet they still have the capability of stopping you dead in your tracks. For example, I didn’t think twice about it when someone congratulated me on starting in on my fourteenth year as part of Guitar Noise. That particular number just keeps clicking along, like a metronome.

But then I also realized that, as of this year, Guitar Noise has been a part of me for a full quarter of my life. And that’s one of those truly wild stop-everything-and-just-try-thinking- about-all-the-implications moments, a moment that stretches out forever and lingers throughout entire days and weeks at a time. Especially when one considers that this percentage will also just keep clicking along.

When Paul suggested I might write up some kind of retrospective look at the various articles, lessons, interviews and reviews that have been done on Guitar Noise, I honestly didn’t think all that much about it until I began to realize how much of my life is here. And about how much this website has reached into my everyday life. So as I look back to pick out some lessons that I think may be worth your while, I’m also finding myself revisiting times and places and people who made each article possible, whether through their questions or their inspirations and stories.

In other words, don’t consider this a typical “best of” or “most popular” compilation list such as those that tend to pop up everywhere this time of year. Instead, think of this more as sitting back with some old friends and every now and then one will say, “Remember this?” or, “That was cool, wasn’t it?” It’s a free-form floating trip through Guitar Noise history, if you will, and hopefully one you’ll enjoy:

The Open Tuning Tutorial Lessons – November & December 1999 (“Look Ma, No Hands!” and “Here There Be Monsters“)

Imagine this – back when dinosaurs roamed the earth, there was still Internet but it was pretty much nothing but text. Lots of text. This two-part introduction to the world of open tuning was a big step for us because (a) it was in two-parts, which was my way of admitting that I was truly writing more than anyone probably wanted to read in one sitting and (b) marked our site’s first use of music notation and tablature. Not the typical (and, to be honest, slightly cheesy) numbers-on-lines that you’d find elsewhere on line at that time, but clear visual tablature like you’d find in books, which made exploring arrangements of “Shelter From the Storm” and “Every Little Thing She Does is Magic” in open D tuning a lot of fun.

One of the coolest thing about Guitar Noise, even back when we were totally ecstatic to be getting a hundred hits per month on any given article, was that people were writing and engaging our contributing writers in online conversations. This led to articles like this one, a very entertaining and educational look at the use of sustained tones in the music of Oasis, co-authored with Guitar Noise reader Abel Petneki from Budapest. It also led to a big overhaul of our Guitar Noise Forum, which to this day is one of the friendliest and most helpful places you can go to online for help and advice with the guitar.

It’s hard to believe that it was all the way back in August of 2000 that we put our first Guitar Noise song lesson, “Horse With No Name,” online. And, again, in that dark prehistoric Internet age, we relied on (a lot of) text and supplemental music notation and guitar tablature to get our lessons across. And judging by the emails we were receiving that certainly seemed to be the case. For whatever reasons, this lesson on the Animals’ version of “House of the Rising Sun” generated a lot of page views and emails. It was also one of our first lessons on fingerstyle playing, which made it a challenge to write in as precise a manner as possible. And I really love this song!

By the late fall of 2002 I had managed to save up enough money to buy a good digital recorder, which allowed us to post downloadable MP3 files for our song lessons. This R.E.M. song was one of the first “lessons with MP3s” to grace Guitar Noise.

It also marked a big decision to do more to create unique single-guitar arrangements of songs for our site, which also seemed to go over very well with our readers.  I’m incredibly proud of how our this arrangement incorporates all the signature mandolin parts and bass lines while still being distinctly a guitar arrangement.

I got an email from Nick Torres in 2002 asking about writing articles about singing. That led to he and Ryan Spencer creating the Sunday Songwriters’ Group. And that led to a number of great articles on songwriting from Nick, not to mention his participation in numerous music projects and books that I’ve worked on. This piece of Nick’s is the article I recommend whenever any question concerning songwriting comes my way.

I’ve met a great many people from all over the world through Guitar Noise and have developed wonderful friendships that I wouldn’t have had otherwise. And I have also had the privilege of meeting – both online and in person – many musicians whose candid answers and advice proved to be interesting and helpful. And whenever we could return the favor with a concert or CD review, we did our best.

Our Guitar Noise Artist Profiles have seemingly been around a long time, but we truly have Colette Dumont to thank for some of the very first ones to our website. She brought us up to speed on many great guitarists from the very early days of recorded music (many that I only knew very little about) and Collete’s own love of music and of these artists always made the reading easy and educational.

In September 2006, my first book – The Complete Idiot’s Guide to Playing Bass Guitar – hit the stores. Five more guitar, ukulele and songwriting books later, I still can’t thank the readers of Guitar Noise enough for all the support and encouragement they’ve given to me.

In 2008 we launched our series of Guitar Noise Podcasts, which focused on the mechanics of solid strumming technique. If possible, the response to these was even greater than the response to our song lessons! We’re looking forward to expanding the Podcast program in 2013, using them to augment our new song lessons – exploring ways to improvise and improve on any given song. It’s hopefully going to be another exciting step forward.

John Roche – Going Back to Tupelo

Spookhand (with Jeff Martin) – Black Out

Getting to hear the music created by members of the Guitar Noise community, past and present, is one of the greatest pleasures I know. Whether it’s a single song created for the Sunday Songwriters’ Group or a full CD of intricate music like Arjen (“Sleutebos”) Schipper’s Inside Outsider, I take a great deal of enjoyment with each listening.  I often find myself wishing there was more time in the day to simply sit and let the music carry me along. And knowing the musicians somehow seems to make the whole listening experience even more enjoyable.

How to Practice Your Musical Instrument  –  May 2011

Quite a few folks in the Guitar Noise community, such as Alan Green, Nick Minnion, and many others, are teachers, too. And then there’s Tom Serb who founded the Midwest Music Academy in Plainfield, Illinois. Tom’s been involved at Guitar Noise for (seemingly) ages, tirelessly, patiently, and selflessly answering questions on almost any topic that might turn up on our Forum Pages. Whenever he finds the time to pen an article for us or a brief nugget of knowledge for the newsletter, I automatically go through it to learn even more about both the guitar and teaching guitar. Like so many of the GN community I’ve met personally, he’s an inspiration.

Will the Wind Ever Remember? – A Tribute to Steinar Gregertsen  –  February 2012

I bought both of Steinar’s CDs full of his beautiful lap steel guitar music and play them constantly. Most of the world will never hear his artistry and his talent but many of us here at Guitar Noise were lucky to do so and to interact with him on a regular basis. It’s impossible to not make this sound anything but sentimental but I sometimes think that maybe that’s why we are here on this world – to give of our music to each other and to have it help each other enjoy peace and life.

Finally, it would be incredibly remiss of me to not mention my favorite GN writer, who also happens to have created the website! You may know Paul Hackett as the guy behind the scenes, but it is always a treat to read anything he may find the time to write. Whether it’s a travelogue from China, a Led Zeppelin tutorial, a Dylan concert review or simply a “hi and here’s what’s going on” blog or interview, he’s a fascinating person. And without him, none of us would have ever gotten to know each other.

All in all, this last “quarter of my life (so far)” has been one incredible trip. As the calendar keeps clicking along toward 2013, I can only hope that things continue to be so interesting!