Simple songs, such as “Jingle Bells,” are great ways for beginning guitarists to develop their skills at playing chord melodies. This arrangement of the James Lord Pierpont Christmas classic uses simple C, F, and G chords (plus a bit of Dm7 and A7) and an easy walking bass line and can be learned very quickly.

If you’re interested in knowing a bit about walking bass lines before starting on this lesson, take a quick read of the first article in our series called “Connecting the Dots.” If you find it helpful , then take a little more time to read the rest of them, too.

Jingle Bells’ song structure also helps in this regard. The song is made up of a verse, which is composed of four four-measure lines, and a chorus that shares a similar four lines / four measure per line construction. To make matters simpler, the first and third line of the verses are identical to each other, as are the first and third lines of the chorus.

This sharing of similar parts even exists from line to line. Here’s the first line of the verse:

The second measure introduces the descending walking bass line that will accompany many of the upcoming measures. Because the melody note is G (the open G string), you can simply play the first pair of notes (G and C) with your ring finger still on C (the third fret of the A string).  while preparing to use your middle finger for the B note at the second fret of the A string. Using your ring finger for the G note (third fret of the low E string) that finishes the bass line makes the most sense, but you may certainly use any finger you’d like. The important thing is to be ready to finger the C chord at the start of the third measure.

Ideally, though, you want to try to keep your index finger on the C note at the first fret of the B string throughout the entire first two measures. As mentioned, the C chord starts the third measure, which just happens to be a repeat of the first measure (convenient, no?), so why move the index finger at all if you don’t have to?

It gets slightly more complicated with the second line, but not overly so. Certainly not that you can’t handle it!

Start by forming an F chord to play the notes of the first two beats and then remove all your fingers to get the open high E and A strings. When you do so, be thinking about the G chord because that is the basis of the upcoming ascending bass line in the second measure. You may want to practice playing the four bass notes separately to get a good handle on them. It’s good to play the G (third fret of the low E string) with either the middle or the ring finger, depending on which finger you use for your regular G chord. The open A string is also nothing of difficulty.

As mentioned, the third line is a total repeat of the first line, so let’s look at the fourth line of the verse:

The fourth line, not surprisingly, starts out just like the second line. Again, use the open string of the third pair of notes in the first measure to prepare yourself for what’s coming up in the second measure. Depending on your preference (and your stretching ability), use either your ring finger or your pinky for the four G notes (third fret of the high E string) of the melody while playing the ascending G bass line. If you’re using your pinky, at the start of the third measure slide it to the A note (third fret of the high E string) while hitting the G note with either your middle finger or index finger. Then slide it back to the third fret for the G note while playing the open A string in the bass.

You can do the same thing with your ring finger, for that matter, or switch from your ring finger on the G to your pinky on the A and then back. Ultimately you end up in the same position as the last two pairs of notes in the third measure of Example 2 and can finger them accordingly. Finish the last line of the verse by playing a C chord and then a G chord. Make the G chord big if you’d like since it’s the dramatic “Oh” that leads into the chorus.

The descending C bass line that popped up once in each of the first three lines of the verses come out front and center in the chorus, as evident in the first line:

Just as at the start of the verse, form a C chord as essentially you’ll be playing that C chord pretty much the entire first line of the chorus. Since you’re now concerned with playing three notes at a time instead of just two, use your index and middle fingers to pick the high E and B string, respectively, while your thumb plays the bass notes on the A and low E strings. The second measure is a repeat of the first, which will certainly help you get a good feel for when they come around again in the third line.

The third measure is a little tricky, but you can help yourself through it by thinking of it being a C to G to Am7 to G chord change, with the change coming on each of the four beats of the measure. Picking-wise, your thumb still handles the bass notes and you want to use your middle or ring finger for the notes on the high E string and B strings and keep your index fingers responsible solely for the open G string on the first and third beat,

The fourth measure introduces an ascending walking bass line that starts with C and climbs through the D and E on the D string, which will lead to the F chord that begins the second line of the chorus:

This is probably the trickiest part of the entire song. But the good news is that it’s only tricky because it’s something you’ve not done yet for this particular lesson. Chances are if you’ve read any of our other lessons here at Guitar Noise, you’ll recognize the chord being fingered in the third measure as D9, played just like a C7 chord two frets up the neck, like this:

This is a common chord voicing, whether used in a chord melody like “Blue Christmas” or simply sliding the C chord up to D in a song like R.E.M.’s “Man on the Moon.” Of course, we have to first get through the first two measures of this line to get there, right?

Like the second line of the verse, start by forming an F chord. On the third beat, pick up your ring finger to open up the D string, creating a Dm7 chord. Then, keeping your index finger on the first fret of the high E string,  place your ring finger onto the third fret of the A string and raise your middle finger to open up the G string. Then clear your index finger off the high E string to play the open E for the second beat of the second measure (you can have all your fingers off the strings by that point if you’d like) and then form an A7 chord to finish the last two beats of the second measure. Doing so with your middle finger at the second fret of the D string will allow you to slide that finger up two frets, putting it right where you want it for the D9 discussed just a moment ago.

With the D9 in place, it’s just a matter of picking the correct pairs of strings before forming a G chord and playing the ascending G bass line in the final measure of this second line.

The third of the chorus, as previously mentioned, is the same as the first line, so we’ll more right ahead to the final line of “Jingle Bells,” which should be surprisingly easy in light of everything you’ve played to this point:

Even though you may be someone who can do this stretch with your index and middle fingers, having your middle finger free puts it in perfect position to play the B note (second fret of the A string) while your pinky gets the D note (third fret of the B string) on the fourth beat of the third measure.

And by now you should know that the reason to use your pinky is so that you can smoothly go to the full C chord that begins the last measure of the chorus. I tossed in a C9 chord to end the song simply to shake things up a bit, you can certainly end the entire song on the first chord of the final measure.

So, with all that out of the way, let’s hear the whole thing. As always, my thanks for your patience and forbearance concerning the numerous mistakes I will make:

I hope that you’ve enjoyed this tutorial and that you also get the chance to play “Jingle Bells” for your family and friends. It’s a fun song and this arrangement is certainly open to improvisations and embellishment. That’s part of the fun, right?

And here’s wishing you all, as well as your families and friends, a very happy holiday. Until our next lesson…

August 1857 was a good time for James Lord Pierpont. In addition to marrying Eliza Purse, daughter of the mayor of Savannah, Georgia, his song “One Horse Open Sleigh” was published. It was originally intended to be a Thanksgiving song but didn’t make all that much of an impact. In 1859, the song was rereleased as “Jingle Bells” and still didn’t garner all that much attention. But through time, as well as a bit of simplification of the melody and lyrics of the chorus (“fun” replaced “joy,” for example) it became one of the best known songs of all time throughout the world. And even beyond – Wally Schirra and Tom Stafford of Gemini 6 beamed down a version, played on a smuggled harmonica and sleigh bells, from high above the world on December 16, 1965. 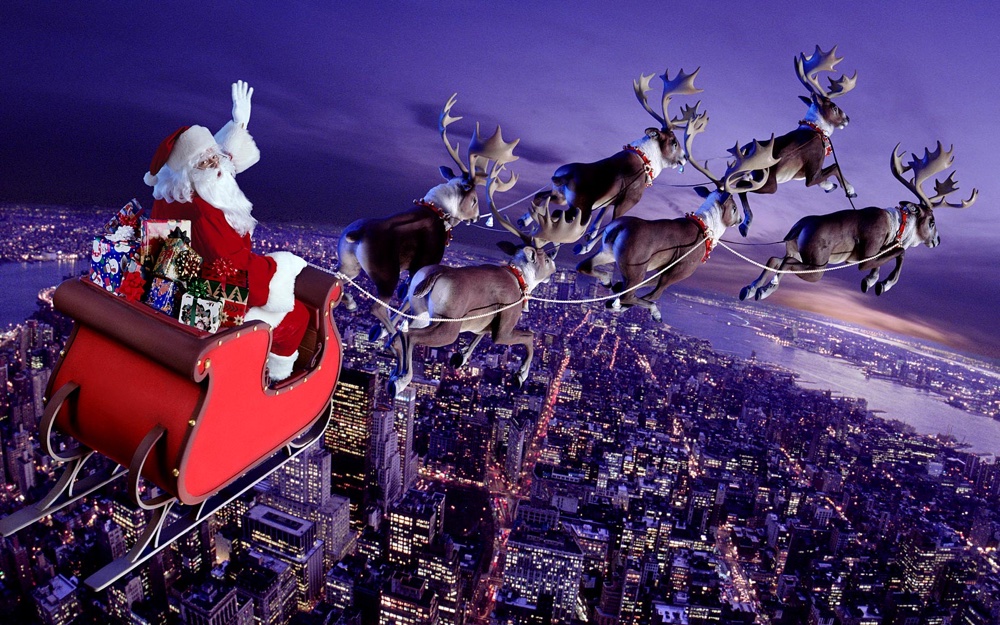